Skip to main content
It looks like you're using Internet Explorer 11 or older. This website works best with modern browsers such as the latest versions of Chrome, Firefox, Safari, and Edge. If you continue with this browser, you may see unexpected results.

Finding the best of the ethnic and minority press, journal articles, and scholarly publications.

What is Ethnic NewsWatch?

While Ethnic NewsWatch is noted for its coverage of grassroots, community and independent press publications, it is also heavily used for scholarly research. As a result, in 2012 new types of content were added such as dissertations and scholarly working papers. These selected dissertations and working papers will provide context and deeper research into the issues and topics of ethnic studies.

Of the more than 2.5 million articles contained in the collection, nearly a quarter are presented in Spanish, making Ethnic NewsWatch a useful bilingual resource of current periodicals. 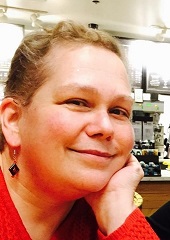 If you are off campus or using a wireless device while on campus, you may be prompted to login to get into the library's subscription databases. In that case, this is what you will see:

Remote login is required to prove that you are a student at College of the Redwoods, because these library databases are not free, open website available to anyone. Library resources are valuable and often expensive, because the information provided is reliable, credible, and based on a lot of work by many people. The library pays for student, faculty, and staff access.