November 9th, College of the Redwoods welcomed Book of the Year author Brando Skyhorse. Mr. Skyhorse read from his work, answered questions, and signed books in the Performing Arts Theater. The event was free and open to the public.

The Book of the Year Program encourages reading and discussion among students, staff, and community members.  Whether fiction or nonfiction, books are chosen to serve as stepping stones to more books and more discussion by introducing compelling voices that help to illuminate aspects of our world which may be unfamiliar.  Books are also chosen to help augment themes, concepts, or actions that are relevant to the diversity of courses and programs at the college.  Our ideal book is one that cannot be put down, one whose characters, places, and events linger in the reader's mind long after the last page has been read.

These are some suggeseted search words related to themes and topics in this Book of the Year. Other words may be useful in addition to those listed below. Consider what words you use to describe the issues, topics, or concerns that interest you.

Use specific words. Use only one or two words. Try both plural and singular forms. Try varying combinations. Try words for specific issues relevant to the topic.Try both technical and common usage words. Try names of relevant places or persons. Try combining subject words, such as literature, with varied forms of words used for specific groups, for example, Latino, Latina, Hispanic, Mexican.

You can also try searches using AND to combine differing topics and OR to combine similar topics and use parenthesis as you do in algebra:

(Mexican OR Latino OR Latina OR Hispanic) AND Literature

Students and faculty at the Del Norte Educational Center in Crescent City can access the same resources and services available to Eureka Campus students. Books from Eureka can be requested and delivered to Del Norte, and vice versa. Online resources are set up to be accessible to all students from any location at any time. Use your Student I.D. number as your password. 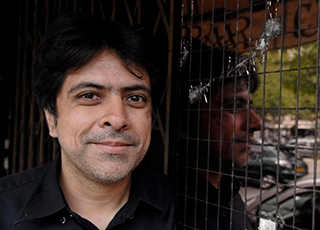 Skyhorse’s debut novel, The Madonnas of Echo Park (Simon & Schuster, 2010), received the 2011 PEN/Hemingway Award, and the Sue Kaufman Prize for First Fiction from the American Academy of Arts and Letters. The book was also a Barnes & Noble Discover Great New Writers pick. Take This Man: A Memoir (Simon & Schuster, 2014) was an Amazon Best Book of the Month selection and named by Kirkus Reviews as one the Best Nonfiction Books of the year. He coedited an anthology called We Wear the Mask: 15 True Stories of Passing in America (Beacon Press). Skyhorse has been awarded fellowships at Ucross Foundation, Can Serrat, and the Breadloaf Writers’ Conference and was the 2014–15 Jenny McKean Moore writer-in-residence at George Washington University. He is a graduate of Stanford University and the MFA Writers’ Workshop program at University of California, Irvine. Skyhorse has taught at New York University, George Washington University, and Wesleyan University. He was a Bennington faculty member for academic year 2016-2017.

Books in College of the Redwoods library are filed by the Library of Congress system that uses letter-number combinations assigned by subject, so that most books about the same subject will be filed together on the shelf. HSU Library uses this same system, and so do most colleges and universities in the United  States. Browse the titles on the shelf in the sections listed below for relevant research topics.

Most public or county libraries in the United States will use the Dewey Decimal system, which uses numbers, and each number section represents a subject, so that books about the same subject are filed together on the shelf. Below are listed some number sections that are relevant to this subject. Remember to also check the Juvenile or children's collection, the YA or Young Adult collection and the Reference collection.

Always ask your instructor what citation style should be used for research projects. See below for links to helpful resources. 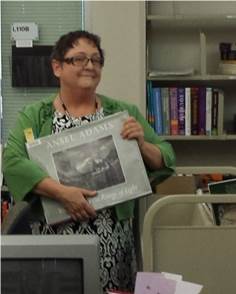